Discutions about other cars (romanian made). English language,please

Pacepa in his book, Red Horizon describes the beginning of DACIA. Romanian dictator Nicolae Ceausescu decided in the mid-1960s that he wanted to have a car industry, he chosed Pacepa to start the project rolling although he knew nothing about car manufacturing. In the land of the blind, the one-eyed man is king.

At that time Pacepa was the head of the Romanian industrial espionage program. Ceausescu asked him to mediate the purchase of a minimum, basic license for a small car from a major Western manufacturer, and then to steal everything else needed to produce the car.

Three Western companies competed for the honor. Ceausescu decided on Renault, because it was owned by the French government (all Soviet bloc rulers distrusted private companies). They bought the license for an antiquated and about-to-be-discontinued Renault-12 car, because it was the cheapest. "Good enough for the idiots," Ceausescu decided, showing what he thought of the Romanian people. He baptized the car Dacia, to commemorate Romania's 2,000-year history going back to Dacia Felix, as the ancient Romans called that part of the world. In that government-run economy, symbolism was the most important consideration, especially when it came to things in short supply (such as food).

"Too luxurious for the idiots," Ceausescu decreed when he saw the first Dacia car made in Romania. He considered romanians idiots! Immediately, the radio, right side mirror and backseat heating were dropped. Other "unnecessary luxuries" were soon eliminated by the bureaucrats and their workers' union that were running the factory. The car that finally hit the market was a stripped-down version of the old, stripped-down Renault 12. "Perfect for the idiots," Ceausescu approved. Indeed, the Romanian people, who had never before had any car, came to cherish the Dacia.

Though he never said "too luxurious" for his family and his own comfort while keeping romanians hungry, in the dark and behind the fences.

A story famous in the 80s said that the Ceausescu would have liked to have a protocol residence at Peles (the building was closed for the public between 1975 and 1990). Because it was well known that they had the habit of ordering all kinds of demolishing and renovations, the persons in charge of the museum scared them by saying that inside the Castle there is a fungus that attacked the wood and that it was very dangerous for man’s health. The truth is that there was indeed a fungus that affected the girders of the building because of the dampness and lack of airing. Cautious, Ceausescu husband and wife spent only one night at the Castle, sleeping in the Foisor. That is the reason why they started the restoration works, the resistance structure from the Honor Hall and the ground floor dining room being replaced.

It is also said that Elena Ceausescu was the one who ordered the six pillows embroidered in silver and gold for the castle. At that time, the value of one pillow was that of a Dacia car, meaning 70 000 old lei. 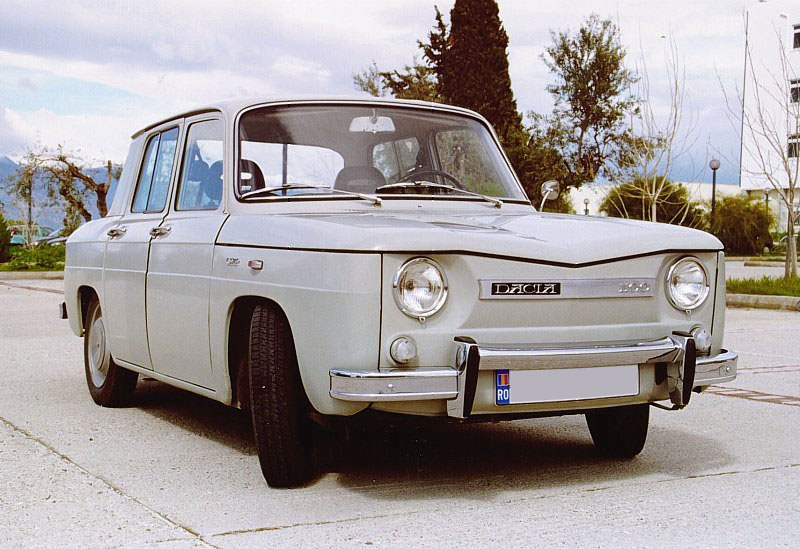 On one hand, allow me to remind you that this is the english corner.
It was ment to be read by people not speaking romanian language. So pls. stick to this ideea.
Mayeb it's somehow exagerated, but as I've stated it's about a book...fictious or not...Pacepa refers to his book as autobiography.
On the other hand, thank you for reading it and also for your feedback.
The old lady hasn't spoke it all!
Top

On one hand, allow me to remind you that this is the english corner.

I apologise for my error.

No harm done! Apologies accepted.
Have a nice weekend!
The old lady hasn't spoke it all!
Top

I think you're putting way to much focus on the romanian people being treated like "idiots". It doesn't sound right and it doesn't feel right. Having certain luxuries restricted is a fact, but considering the communists considered everyone idiots is too far fetched.

Also, to my knowledge:

You mention "other unnecessary luxuries were dropped" but you come short of actually naming them.

And last but not least, "Dacia" was not just what Romans called "that part of the world" but a country in its own right, which was ultimately conquered by the Romans. But that's another history lesson.

All in all, I think you've tried to do something good, but there are so many details you leave out, it's hard for me to give you a lot of merit. Please try again and do a better job. Less personal considerations for the communist regime, less "famous" stories, less personal opinions on the car industry at the time and more facts. Thank you.
Top

Dear vstef_is...or whatever your name may be,

Considering your post addressed to me, allow me to answer.

It's nice to be important but it's more important to be nice!
First of all, you are talking to a lady...at least hello...would have been appropriate!

Second...I am not focusing on Romanian people as "idiots"...I've just quoted from Pacepa's book...and yes we were considered idiots at that time...by the communist regime...I am ROMANIAN and I am proud about this! I don't know your age...but trust me, they washed our brains! And some of our colleagues here can stand by me on this.

I know for a fact that there were series of cars produced without the right side mirror...and if someone in this forum knows it, please testify.

About the other topics you pointed out, "antiquated and about-to-be-discontinued Renault 12", "Dacia" and about history lessons, I guess you are not a teacher...and if you are please teach your students...as I stated in the very beginning of my post...I used Pacepa's book...I did not said it's truth ...a book is fictious but it has traces of history.

Last but not least...your all in all it doesn't interest me!
My bottom line is:
- you are not a moderator!
- you are not in the position to give merits or awards here;
- where do you see any personal consideration for the communist regime in my post...I've been there...I was in line for bread and meat...don't patronize me!

It was my post...you are free to read it or not...to comment ...but without being mean, you don't have to be malitious...you should show, at least, the respect you owe to a lady!

If any of my existing or future posts is annoying you, please disregard it, if you can't be a gentleman!
Have a good night!
The old lady hasn't spoke it all!
Top

Your post is titled "The story of DACIA" and it comes short of being that. It's not accurate, complete or unbiased. Try the title "Stories from Pacepa about Dacia".

If you didn't write it for others to read and appreciate it, why did you do it in the first place?

I would think Pacepa knew Renault 12 was just being produced when we started producing Dacia, since he was very much involved. Hence, your comments are your own personal opinions. Personal opinions, whatever gray light they may shed over a story are never welcome in any article. Rejecting facts and kindly telling me to "teach" them to others just comes to prove that what you're writing is romance, and not history. Why would anyone be interested in reading your romanced, biased and subjective version of another man's autobiography? Why would you title it "The Story of DACIA"?

So you see, I have nothing against you, but mainly against a simple thing. I know not to judge a book by its cover, or a post by its title, but we're forced to do it. I don't read all posts in the forum and I'm sure you don't either. You select based on the title. I expected to find the story of Dacia, put in a objective factual manner for English speaking forum members to read, and find out more about our automobile industry. What I found is very far from that. See my problem? Past "idiots", "luxuries" and "Peles" there's very little about Dacia, and what information is provided is biased, false and misleading. Especially such as "antiquated about to be discontinued". Renault 12 won Car of the Year in Australia in 1970, and not for being antiquated.

It doesn't really matter to me if you're a lady. By my standards you still have to respect some standards. If you want to write about something, do it professionally and not personally. Be informed, objective and as thorough as possible. Otherwise, if you're a romance writer, let us know before hand. Or use the well known disclaimer "any similarities to people or events are purely coincidental".

I look forward to someone doing justice to this subject - the Story of Dacia, and writing a good article about it, in English.

P.S. I will take your advice and ignore your future posts.

As moderator of the English Corner, I must say a few words about this controversy:

Dacia 1100 it will be always an important symbol of the Romanian car industry, regardless of the political and economic context that it was built;

This is a free forum where everyone can express your ideas and criticisms, since that does not offend the other members of the forum;

Of course, i will not comment political issues. I can only say that no man at any time can change the historical dimension of Romania and its people;

So, let's back to the historic cars, and leave behind the political questions.

On one hand, even blindfolded one can see from your comments, your misogynistic approach.
Why don’t you reverse all this rage and write that real-accurate-objective-article called The Real Story of Dacia. I don’t mind! I am eager to read your unbiased opinion! But please stop telling me that there is no other truth but yours.
On the other hand, terms such as biased, false, misleading, justice should be used in court ...not in a friendly forum...come on, u r pushing this too far!

And please, try to express yourself in a less colloquial language...not everybody has your level of English and you will puzzle them.

The old lady hasn't spoke it all!
Top

Re: The romanced story of DACIA

can we stick to DACIA only? after all this is the topic
Top
Post Reply
12 posts • Page 1 of 1

Return to “Other romanians Cars”